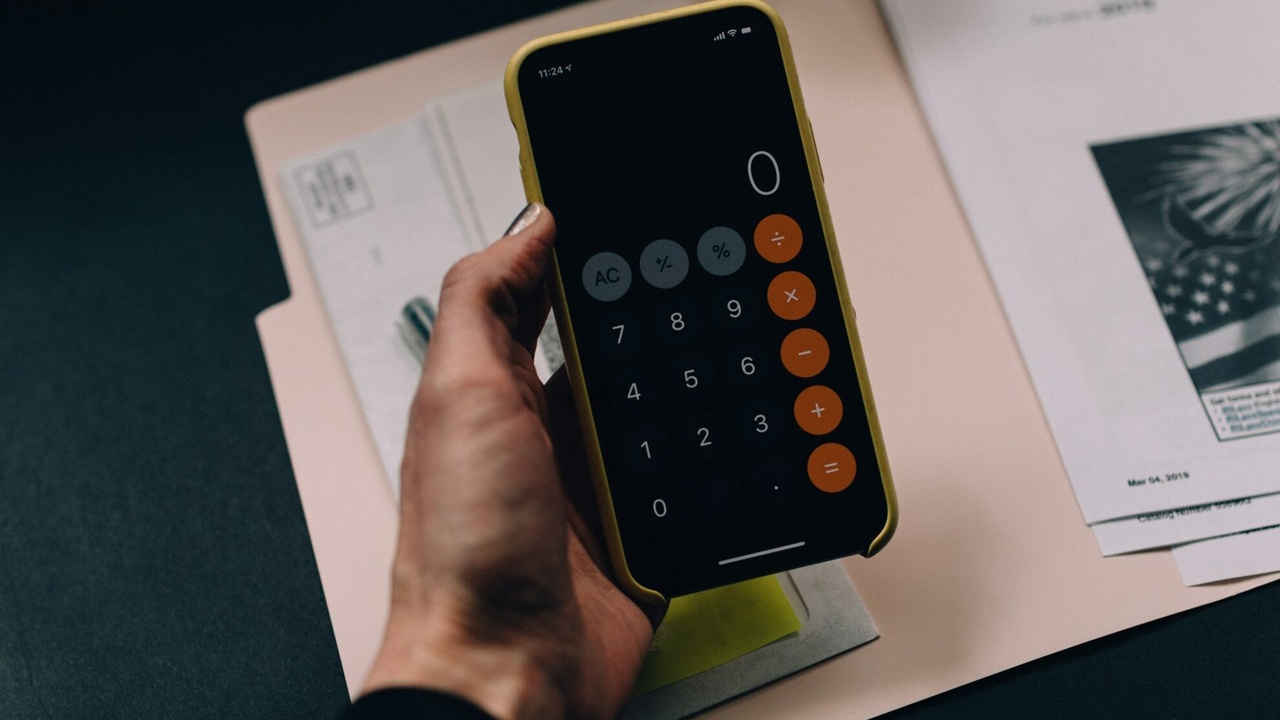 Sherisse Hawkins is a multi-talented builder, learner, risk taker, motivator, rainmaker, and speaker. She has a strong engineering background. Beyond that, she is the creative minded CEO & founder of Pagedip. Sherisse also has a proven record of meeting impossible deadlines, delighting customers, and re-imagining how things can be done. She believes anything is possible in the digital world, and is passionate about driving innovative content. She’s appeared in Vanity Fair and on Shark Tank. In this interview she shares more about her capital raising journey and other business experiences.

Sherisse notes that she didn’t think of deals or deal-making until she became an entrepreneur. In her earlier work experience she had thought of decisions and deals pertaining to technology usage as being more technical. You examined which systems were most sound and used those. Pretty clear cut!

Moving into the entrepreneurial world and becoming a founder & CEO revealed how many other factors come into play. There are so many factors beyond “by the book” choices. Even when dealing with the objective facts of technology and science, things weren’t as clear as they had once seemed.

Not everyone is cut out for entrepreneurship. This isn’t just about having the dream, or being financially set up for success. Instead, there is a necessary personal mindset shift that must be experienced. This shift is what allows some people to make entrepreneurship a reality.

Having worked in very large organizations, such as Walt Disney Imagineers, Sherisse hadn’t had the experience of working in a small company prior to starting her own. She understood that there were going to be financial risks. But she also knew there were going to be risks of not following her dream. She recognized that she liked starting things, and enjoyed getting things into the state they needed to be. That might be connected to her engineering background.

Sherisse shared that, throughout her life, she’s found that it’s intensely satisfying to take things apart and put them back together. There is a sense of exhilaration when a set of code works, or something comes together for the first time.

She found that same exhilaration in entrepreneurship. Although she had a great title, a corner office, and a bonus system at her role, she had a pull within her heart. She knew she could not deny the call to entrepreneurship. The field of communication and the development of digital tools held huge potential, and Sherisse knew she could make an impact. Finally, she took the leap.

You often hear of people in their young 20’s and even late teens starting companies and becoming millionaires. However, the average entrepreneur starts their business in the 30’s, 40’s, and later. There is no real time in life that it’s too early OR too late to become an entrepreneur.

With Pagedip, Sherisse shares that she feels they’ve created what Microsoft Word might have been if they had created a word processor in the time of the internet. Essentially, they’ve created an editor that allows the user to marry core content with other elements. This combination creates a narrative flow that compels the reader to actually use the content you create. (Unlike traditional documents or PowerPoints!) Additional information can be added into what you’re sharing, all while allowing readers to stay on one page.

As a result, materials can be kept up to date. Analytics are possible, so you can see where readers spend the most time, and which addition information mattered to them. Best of all, everything can live in one place. Pagedips are interact-able, measurable, engaging, and secure documents that create experiences for their users.

In terms of raising capital, Sherisse shares that she initially started the company with her own money. She was hoping for a technical co-founder, but had a bit of trouble finding the perfect person. Many of her peers didn’t want to take the risk. Eventually, she found a new graduate who seemed like a good fit.

Shortly after, they headed to an accelerator in Australia to get things moving! (She learned of this from Jen Matthews, who she had connected with after hearing her speak.) With her co-founder, she was able to further incubate the idea and started to understand the role capital raising could play in getting the organization off the ground. Sherisse sees that bootstrapping likely makes sense in some instances. For Pagedip, however, it was clear that bringing in outside capital made the most sense.

After their first pitch, there were a number of investors interested in their idea. Not surprisingly, since that initial pitch, Pagedips has pivoted, as most businesses do. That initial interest was a great early start!

Sherisse shares that if she had known everything she knew about how difficult fundraising can be, she might not have taken the leap. (So she’s glad she didn’t know!) Raising money can be really hard. It’s made even more difficult for women and people of color. When she looks back at those early experiences now, she sees that the data supports the experience she had.

The company has now had two rounds of seed investments. Sherisse notes that fundraising takes longer than you think. It really is a full time job. There is a tension between wanting to move the company forward and invest time there, and needing to devote a huge amount of time to actually fundraising.

Along the way she’s had feedback that the company is thinking too small. Some investors have said they should be aiming to be much bigger and larger. She’s also gotten feedback that the idea is too big. This advice is usually paired with a warning that they need to think more reasonably. Between the two, “too small” is most common. Investors want to invest in something that will earn them back the largest possible dividend. That means more income, more markets, and larger numbers. It means casting a bigger vision with more dollar signs.

Want to hear about Sherisse’s appearance on Shark Tank? Curious as to why many companies DON’T need to seek investors? Listen in to the full episode!

Capital Raising as a Woman, a Person of Color, and Engineer

Sherisse shares that she approached this journey as an entrepreneur, a woman, and a person of color. Those identities came into play throughout her business building and fundraising journey. Although you cannot know what your experience would be if you did not possess those identities, she did feel that there were still some stereotypes. This was especially true about what technologists and professionals in the space were expected to look like.

She knew that her company was changing how people would experience information sharing forevermore. That’s a bold statement and huge undertaking! In a five minute pitch for that level of technology, there’s not time to dig into your background, prowess, and ability to pull that off. (And still share about the actual idea you’re presenting).

You don’t have the opportunity to share about the relevant experience you’ve had throughout your 20+ year career. You don’t have time to combat stereotypes AND establish your ability to succeed with a new venture.

Somehow you have to find ways to convey that experience and expertise. You can do this through non-verbal communication to save time. In addition, Sherisse noted that it was essential to bring that background to the forefront. Sometimes that did mean spending a bit more time on those areas than others who more apparently fit the funded founder check-boxes might need to. (Which also means less time to spend on pitching the actual idea itself.)

Sherisse found it was vital that she was able to own the fact that she is a technologist and a visionary in her field. That ownership was a key element in her ability to create a compelling pitch with confidence.

Personal Growth and the Internal Journey

Sherisse shares that she is tenacious to a fault. Something she’s grappled with in her journey is when (and if) there is a time to say, “This is enough.” She hasn’t found that place yet! Instead, she keeps on pushing forward and growing.

One thing that fuels her is the belief that if you can see it, you can be it. She knows that there aren’t a lot of women, or women of color, within her field. Years ago, Vanity Fair brought Sherisse, as well as other women of color who had raised over a million dollars in capital, together in one place. They all fit in a really small room. There just weren’t that many people in those categories to invite! As someone who knows what it is to be one of the first, Sherisse notes there can be a lot of doubt about what is possible.

She also shares that she would be remiss not to mention that there IS a little part of her brain always processing what is possible in our time and within her industry. There aren’t a lot of people who look like her who have experienced a large amount of success in her industry. That’s a big undertaking, and an interesting journey!

In general, founders raising capital are a small group of entrepreneurs. Capital raising and making over a million dollars, an even smaller group. Among these small groups, white men continue to make up a majority. This means we still have this picture of representation that validates that we belong in the space, and that we can succeed.

As someone who has benefited from some of those privileges and has been committed to use that privilege to promote equity, provide opportunities and stand for representation of people of all backgrounds, I appreciate Sherisse sharing her journey with authenticity. Her commitment and drive to overcome the challenges of not fitting the mold and breakthrough and reshape the mold for her own benefit and that of others inspires me.

To learn more about Sherisse, Pagedip, and the capital raising journey, listen in the full episode! You can connect with Sherisse directly by emailing [email protected].

Corey Kupfer is an expert strategist, negotiator and dealmaker. He has more than 35 years of professional deal-making and negotiating experience. Corey is a successful entrepreneur, attorney, consultant, author and professional speaker who is passionate about deal-driven growth. He is also the creator and host of the DealQuest Podcast.
If you want to find out how deal-ready you are, take the Deal- Ready Assessment today!