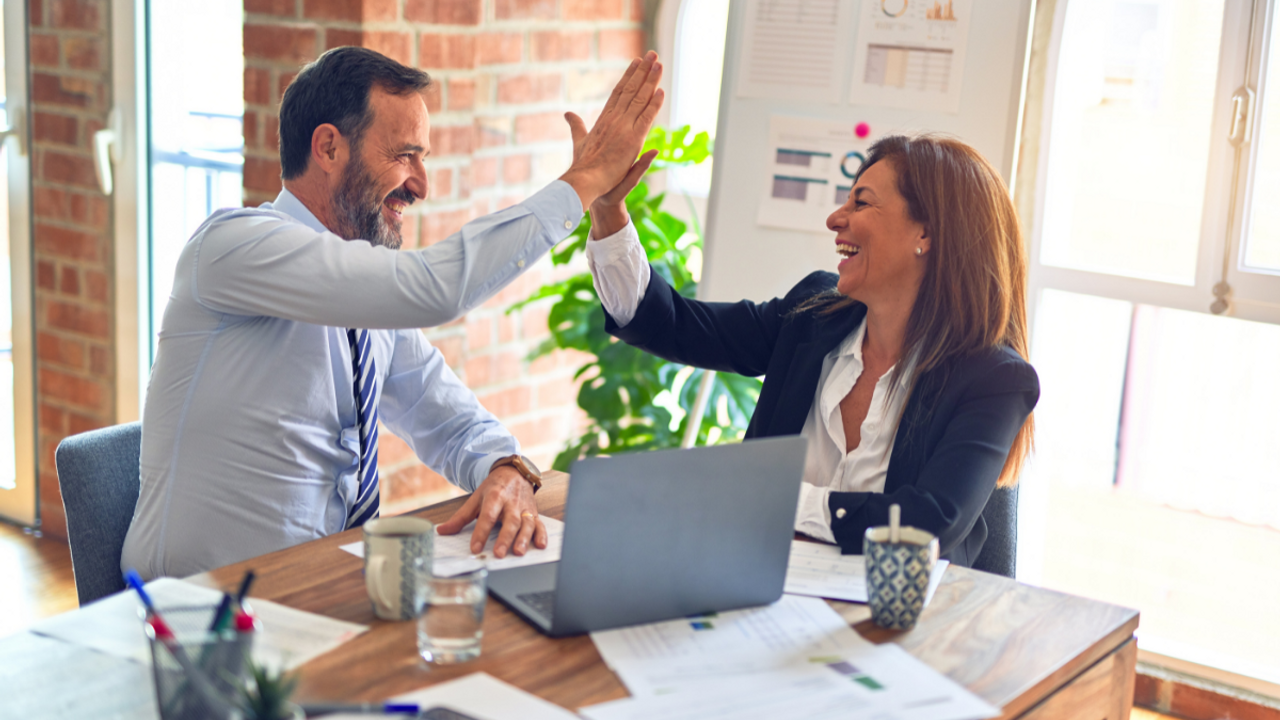 Carson Heady is the best-selling author of the “Birth of a Salesman” series. He’s consistently ranked in Top 20 Sales Gurus in the world and in the Top 50 Sales Authors on LinkedIn. Carson has held senior leadership and sales roles across four companies, including AT&T and now Microsoft. He’s currently the Sales Director for Microsoft Health & Life Sciences. In addition, he has extensive experience in operations & regional sales leadership, strategic planning, motivational management, P&L, advertising, marketing, and more. Along the way, Carson has proved that he isn’t “just” a salesman. He’s become quite a pro at the complexities of deal-making as well.

You can listen to our full interview here.

Long time listeners might be curious about why I’m bringing on a guest with such a dynamic, sales-based resume. After all, I frequently make the distinction between “sales” and “deals”. The reality is, they are different!

However, organic growth from sales and deals is not mutually exclusive. Here on Episode 133, I’m excited to bring Carson in to share more about how sales and deals can work together to benefit an organization. (My last guest who was a pro in the sales space was Daryle L. Johnson on Ep. 82.)

Looking back, Carson notes that he definitely wasn’t planning on sales as a kid. In fact, he had pretty normal childhood ambitions of being an astronaut. (He also remembers wanting to be a writer, which is a dream he did achieve!)

After college, with no real plan for what he wanted to do, Carson ended up in a sales role. He had actually thought was going to be more customer service related. However, it was a very one-call-closed transactional based environment when he started. As he worked his way up and learned more, however, he realized how much nuance there could be. This was especially true in longer-term sales cycles.

As he developed her expertise beyond simple sales, Carson recognized that the “art of the deal” was really about alignment, milestones, and bringing along the right people. Now, he appreciates the distinction between sales and deals. He also believes there is a place for both.

Carson’s first remembered deal was from when he was at AT&T. They landed a large advertising deal with a big name. He remembers lots of different cooks in the kitchen, with many factors and stakeholders involved. The deal’s complexity was part of what helped Carson personally pivot away from the transactional, one-and-done model of sales as he learned more about the bigger picture.

To Carson, a traditional sale usually occurs when there are few barriers to entry, and the entire situation can quickly be surmised. Senior influencers or the board don’t need to weigh in as heavily, or at all, and things can move relatively quickly.

Sales tend to be quick, straight forward, and needs-based.

Deals tend to have more complexity, involve more stakeholders, require more planning and approvals from higher levels, and may take much longer to complete. (Although, of course, there are always exceptions!)

The major differences Carson sees between sales and deals, however, is the relationship factor. With a deal, you are embarking on a mutually beneficial relationship between parties. There are aligned synergies and an intent to work together beyond the moment of completion. Carson and I agree that a future-based expectation for relationship and growth are a major part of what sets deals apart from sales.

As a trusted advisor, Carson notes that his deal-making experience has sometimes included bringing in other resources and organizations that might technically be considered competitors. As a result, he’s developed a very robust partner ecosystem so that solution implementation can occur in many situations.

This fits into the larger Microsoft world, in which the platform has been intentionally developed as an open-source provider. Rather than being the only solution, as a company Microsoft meets people where they are and strives to enhance and work with what clients already have in place.

When looking at deals, this “open-source” concept has served Carson well. He’s open to the major players, connections, collaborations, and resources that others at the deal-making table express an interest in bringing in, and he’s willing to find ways to work with those factors to improve the deal for everyone.

In fact, he can think of deals he’s been involved with that have included 12+ other parties. Ensuring alignment and being able to coordinate bringing all stakeholders together is a major part of creating deals that last.

Carson is a major believer in deal transparency. As he’s been called in to finalize deals that have drug out long past their expected closure dates, he’s found that his ability to clearly understand both sides of the table has been key. In addition, he’s able to surmise not only where the other side is, and what they may be struggling with in terms of budget or priorities, as well as what his own organization’s needs are.

He sees himself as both an evangelist and an advocate in the deal-making process. Part of that is always looking for ways to create wins for everyone involved. By putting all of these various factors into a holistic approach to creating a deal that will be a win for everyone, Carson has set himself apart as a really powerful deal-maker.

In addition, I’ve noticed that the best dealmakers are creative. Holistically looking for ways to add perks, create leverage, and build wins for everyone is truly a creative aspect to deal-making.

I really enjoyed Carson’s perspective during this part of our interview; I’d encourage you to listen in here.

Birth of a Salesman

Carson has always enjoyed writing. When at AT&T he was writing a newsletter column that was heavily oriented towards sales, and realized he could write a book. Of course there are already thousands of sales related books out there, so he wanted his to be different.

After writing Birth of a Salesman, which is sort of a book-within-a-book containing both a narrative-style approach and sales principles, Carson pitched it to 1,692 publishers and agents. About 15 actually read the material, and 6 offered to publish it.

Although he hasn’t sold enough books to retire, Carson considers this publishing experience to be one of the best experiences of his life. The relationships formed have been incredible, and, in fact, he can track back his Microsoft offer to connections and opportunities that were open to him as a result of his book.

The overall impact on his career has been phenomenal. It’s also continued building, as he’s been able to publish additional books as a result. His latest, Salesman on Fire, has been the best selling so far.

Carson notes that he’s worked with publishers, agents, and self-publishing opportunities throughout his career. However, he actually got his start by purchasing a book on writing and publishing books and using the tools he was reading about! At the end of the day, almost no one is making enough money on publishing deals to retire (barring major exceptions for well-known authors). However, authors are often able to leverage their published books into larger deals pertaining to speaking, teaching, consulting, and more.

Don’t miss Carson’s thoughts on leveraging social media and influencers, as well as distinguishing between sales and partnerships, which is towards the end of the episode!