Making Deals in the E-Learning Sector 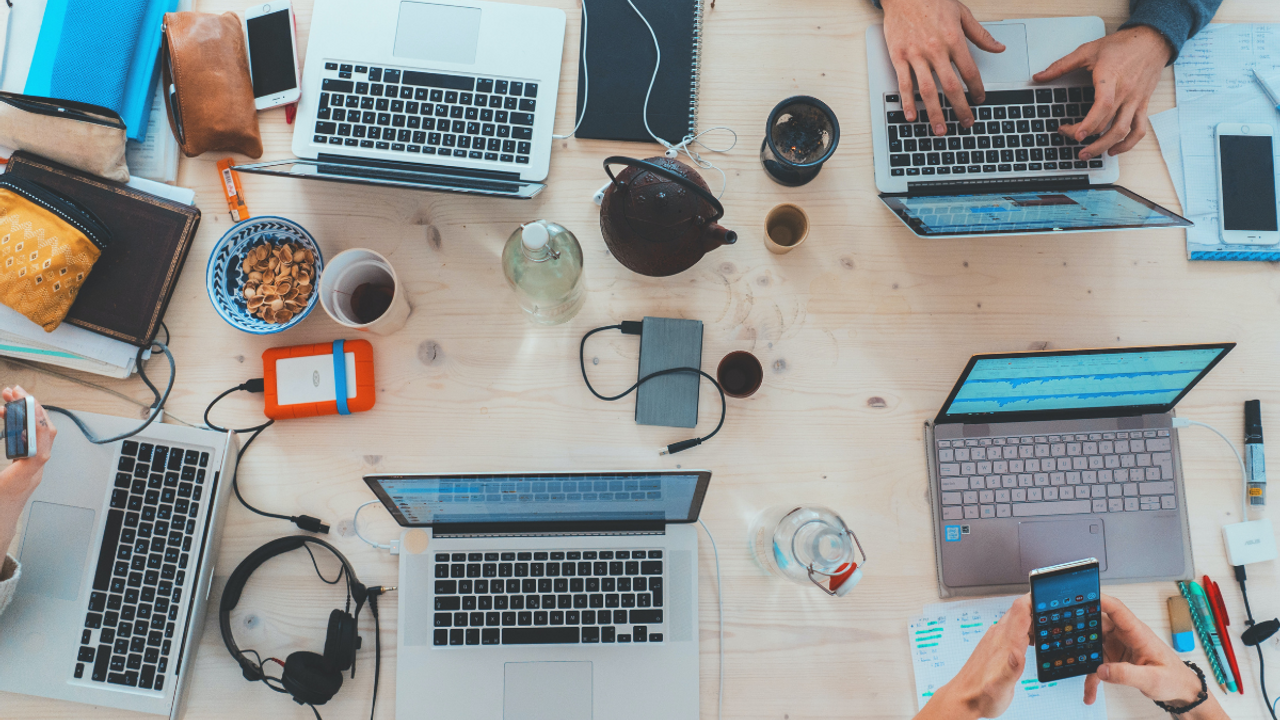 Jon Tota started as a screenwriter, then went to Wall Street and found his way into computers in the late 90’s. He then co-founded Edulence in 2002, and created Knowledgelink as one of the first e-learning video training platforms in 2004. He sold that company in 2020, and is now back to creating original scripted content at his new production studio, Syntax + Motion. In addition, he’s the host of the Learning Life podcast.

He’s truly been able to blend his passion for learning with his dream of creating original, meaningful content. Along the way, he’s been a major deal-maker! Now, one of his major passions is helping the next generation of entrepreneurs learn how to develop and scale their own e-learning solutions.

Jon shares that, early on, he had dreams of being a pilot and astronaut. It didn’t take long for him to realize that wasn’t the path! In school, and later in college, however, he found a passion for video production. He really loved the art of screenwriting, and he thought he’d get started with film.

In real life, he found out pretty quickly that he was going to have to find a money making job once he graduated. That kicked off his journey through Wall Street, entrepreneurship, and founding companies that he was later able to sell. Now, he’s in production with Syntax+Motion, which he’s loving.

The earliest deal Jon remembers making is from his senior year of college. He closed the deal on an option to his first screenplay; a major accomplishment! Not knowing anything about deal-making, rights, and other legalities, Jon now realizes he probably screwed up the negotiation piece.  At the end of the day, though, he did get the deal done!

(Jon also noted he hasn’t done a major deal in the last 20 years that my team and I haven’t been a part of — we have a long history together!)

Planning the Path of Edulence

Jon shared that, when planning a business, you try to envision what it will become. Then when you actually build it, you encounter all sorts of twists and turns along the way. Many of those junctures include deal-making!

The first time Jon and I worked together, he was at a technology consulting company. The deal involved a contract to produce training materials for an insurance company, which is what sparked the seed of an idea. Jon and his co-founders realized that they might be able to create an e-learning business to offer these services. They were planning to create training services and then license it to companies.

Jon was excited to write scripts for the videos and take on the shooting and production elements. This was early enough in the industry that they were burning the training onto discs and mailing them out! (Eventually, the cost of burning and shipping these discs would become too much. It was a starting place though!)

Keep in mind: This was before YouTube hit the market, and video training was not really conceived of yet. It was groundbreaking….and included all sorts of hiccups along the way.

After their first round of production, however, they started to genuinely think there might be a real business in front of them. Shortly following this revelation, they started raising capital. First they did friends and family rounds, and later realized they were going to need even more to reach that critical growth point they needed to reach.

Listen in to learn more about Jon’s fundraising and early experiences.

As they built through the major boom and bust cycles of the economy (2002 and forward), Jon’s team navigated all sorts of challenges to bring the company to an eventual exit point. These include major market shifts and various access to capital. It didn’t take long to realize they weren’t going to be working with a 3-5 year “unicorn” exit. Instead, they buckled down for the long haul.

When they decided to build a subscription-based online learning system, SaaS wasn’t even developed yet. Everything was new, and they had a lot to work through.

In one of their earliest deals, Jon suggested they move part of the business into New York City. The consulting portion was able to stay put, but it was clear that to generate momentum and reach the next level they needed Jon to be able to really take on the production side. This shift was focused on creating revenue by producing content for companies. Even though they didn’t have their own training content library yet, producing custom content generated much-needed revenue.

Another major step? Charging for the customized content and giving companies the platform for free. Because it was still so new, it wasn’t clear yet how well it do. Rather than put companies in the position of having to take a risk, they got started by integrating them into it free of charge. This allowed them to stop burning DVD’s and start really implementing their online platform.

Once they had major companies invested (and integrated!) into the platform, they were able to leverage that into building the real concept they had envisioned.

Scaling to the Next Level

Eventually, Jon launched Knowledgelink as one of the first subscription-based online training services. For the next 15 years, he focused on growing the software platform to enable experts and corporations to deliver training videos to employees and customers anywhere. Knowledgelink has gone on to deliver tens of thousands of online courses to several hundred thousand users each year. In fact, it’s become the leading video training platform for multiple vertical industries.

The team at Edulence scaled the Knowledgelink business to earn the company several industry awards over the years, including consecutive years on the Inc. 5000 list of fastest growing companies in America. In 2020, Edulence was acquired by eLearning Brothers to make Knowledgelink the LMS platform for one of the most trusted brands in the Learning & Development space.

Jon remembers that at one point, the company hit a point where they weren’t really growing their profits. They were generating more revenue,  but it was all being sucked into growing expenses. They kept growing, but they weren’t seeing the fruits of that in their bottom line numbers. Finally, one of the board members pointed out that it was key they found an exit for their investors. It wasn’t an option to just continue as a lifestyle business that wasn’t truly showing the numbers that were needed for a strong exit.

Being able to show that meaningful profits were being made was key. This realization caused Jon to realize that they needed to pull back on scaling and focus on meaningful growth. Listen in to learn more about Jon’s thoughts on planning for a strategic exit. I also share my thoughts on the value of competitive income as well.

This eventual successful exit allowed Jon to launch a new media production company to create innovative client work and a collection of our own episodic shows.

Syntax + Motion produces online courses, interactive video series and podcast shows of all shapes and sizes. Jon’s small team of highly skilled producers is as adept at producing an interactive video course for a major thought leader as they are at launching an original scripted fiction podcast show.

One major thing he learned from his other endeavors was the strategic business side of creating and running a company. Jon notes that he has had amazing co-founders, partners, investors, and strategic teams surrounding him. Their guidance has been a huge part of his growth, and he continues to leverage past lessons into his current and future business ventures.

Listen in to hear about Jon’s perspectives on having hard conversations, including with investors who might be sitting at the family table looking for answers.

One of my favorite things we talked about was the creative way we worked with investors to get them their money back in a way that worked for everyone. Definitely worth a listen if you hope to eventually exit from your business!