Providing Value as an Entrepreneur-in-Residence 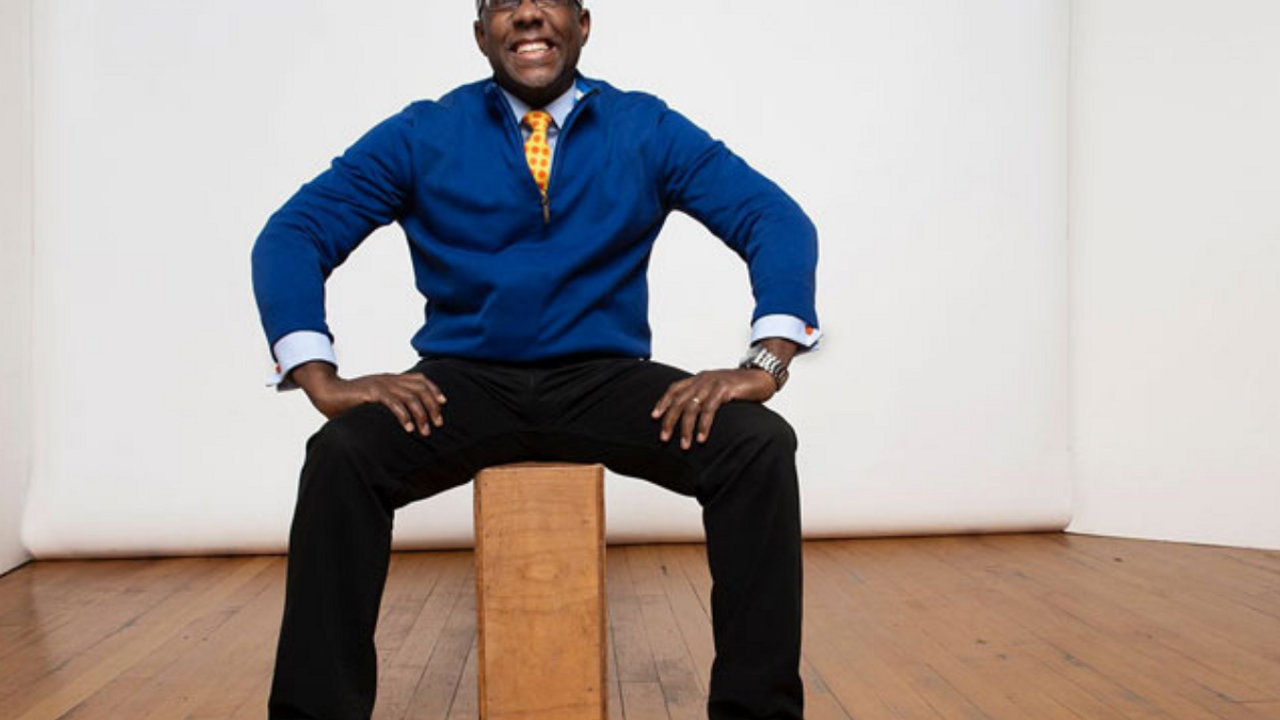 Ramon Ray is a leading expert on small business success. He inspires and educates thousands of business owners every year through his content, events, and media interviews. He’s also a four-time entrepreneur who has sold two companies and a best-selling author. His latest and fourth book is Celebrity CEO, all about personal branding. Ramon has shared the stage with many leading business thought leaders, including Seth Godin, Simon Sinek, and Gary Vaynerchuk. Most recently, he’s been named as the Entrepreneur-in-Residence for Oracle NetSuite. Ramon has also been married for over 25 years and has two adult children. Listen to our full conversation now, or read the show notes below!

(He also shared about influencer and sponsorship deals back on Episode 3 of the podcast!)

Bit By the Entrepreneurial Bug

Ramon was born in the Midwest. From childhood he loved to tinker, play with electronics, and read books. As a young teen he moved to Brooklyn, New York. You can say Ramon’s part “well-mannered midwestern” and part “action-oriented” New Yorker. He studied business administration in college, and one of his first jobs was as a temp staff member doing clerical work at the United Nations. Ramon went on to serve at the United Nations for over 10 years, and was promoted to administrative officer. There, he managed the administrative functions of the NY Office of a UN Agency headquartered in Asia.

While at the UN, Ramon was bit by the “business bug” and started a few small companies. By day he worked hard at the United Nations and by night he worked on his side businesses. This included attending networking events and producing many of his own successful events. Eventually, he left the UN and became a full time entrepreneur. Although Ramon enjoyed rubbing shoulders with diplomats from around the world, his passion was entrepreneurship. His business education and thirst for entrepreneurship was nurtured through the pages of Inc Magazine, Black Enterprise, and Entrepreneur Magazine. Ramon credits much of his education and business influence to many New York area business owners, including Yacov Wrocherinsky.

Earlier this year, Ramon joined Oracle NetSuite as an Entrepreneur-in-Residence. He notes that many business-related brands are looking for mini-influencers. In commercial spaces, there are a lot of major influencers for products like clothing, makeup, and more. But in the business space specifically, things begin to narrow. There are a few big names that tend to dominate the space, and then a much larger middle ground. That’s where Ramon sees himself; as a small business influencer in that middle ground.

That’s where Oracle comes in. They have a board, of course, and they spend marketing dollars. However, they realized they didn’t necessarily have that strong personal, or human, element. They needed someone who could be themselves and do their own work, while also adding to who they were and how they presented themselves. As they say: “As part of our commitment to provide the resources and expert insights needed, we’re excited to partner with Ramon Ray, entrepreneur and founder of SmartHustle Media, as our first Entrepreneur in Residence. In his new role, Ramon will work closely with our team to help us inspire, educate and better serve business owners and entrepreneurs.”

Because Ramon had already built a relationship with Oracle, he was able to identify areas in which it would make sense for them to partner together. In fact, he was the one who proposed the Entrepreneur-in-Residence title as part of the shift in their relationship! There have been huge benefits for both sides — definitely listen in to hear more about these dynamics.

As Ramon shared about the ways in which his role with Oracle NetSuite had evolved, I was struck by how essential the trust factor had been. He had shown up as a speaker, gone live, offered feedback, and engaged with the organization on many fronts, over time, before taking on this larger, extended position.

Approaching the company and trying to start with where he is now probably wouldn’t have garnered much interest. By finding ways to engage while consistently providing value, Ramon set himself up to broker a larger deal when the opportunity arose.

He also had other strengths on the table, both tangible and intangible. Email lists, social followers, and a list of reputable connections, interviews, and appearances were key parts of demonstrating his value in the marketplace. Intangible components included his reputation, capacity to continue growing and expanding, and passion for entrepreneurship and small businesses.

That trust factor allowed Ramon to negotiate a profitable deal that allowed both sides of the table to feel excited about their future together. (Listen in to hear Ramon’s thoughts on the “perfect deal”. It includes a consideration of the payoff for BOTH sides.)

Ramon’s deal with Oracle is structured annually. As such, it consists of a variety of “buckets”. For instance, he’s been leveraging relationships with other existing brand ambassadors and influencers. That includes actively identifying ways they can work together, collaborate, or otherwise bring something new to the table. Ramon is also actively involved in helping the organization work on utilizing its brand story. And, of course, he’s a major part of events as a speaker and influencer himself.

One major intangible benefit to Ramon is the credibility provided to him through a deal of this nature. He has been able to remain independent as an entrepreneur, while also receiving the backing and support of a larger organization that instantly adds authority to his name. Although he had done quite a bit of work with Oracle NetSuite in the past, becoming their Entrepreneur-in-Residence was a major shift in that relationship.

At the end of the day, Ramon keeps coming back to the power of showing value. Value, value, value. You can’t beat showing up and providing value to anyone, at any time.

No matter what negotiation you’re heading into, knowing that you’ve provided value and will continue to do so will set you up for success.

If you’d like to find out more about Ramon, head over to www.smarthustle.com OR check out www.ramonray.com.

Listen in to the full episode to hear more!