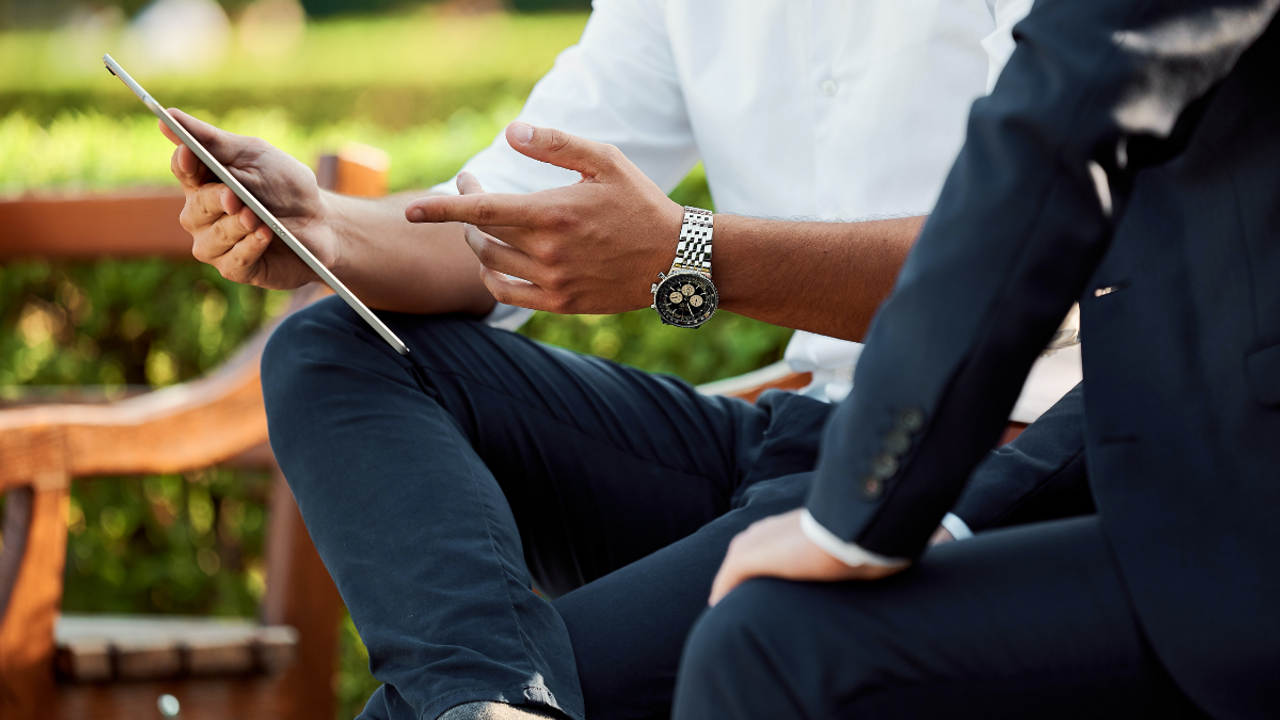 As CEO, Martin Hershberger has scaled two companies to 8-figures and beyond. As a small business owner, he’s sold to Apple, HP, and American Express, to name just a few. He has spent the last fifteen years of his career consulting for businesses in the 5-50 million dollar range. Today, he helps business owners and CEO’s prepare for successful transitions by developing and executing strategies for repeatable processes that lead to profitable growth.

Martin believes that many change initiatives fail because they only offer partial solutions. He’s developed a framework that allows every element of an organization to get into sync and support strategies, leading to success. As Martin knows, all too often people underestimate the profitability you can grow with repeatable processes and solid systems. (A few weeks back, DealQuest guest Joel Block talked about the move towards subscriptions. This is a classic form of repeatable processes that lead to profit!)

Martin shares that being a business consultant wasn’t on his radar as a kid. In fact, he wanted to be a baseball player for the Red Socks. Although that never came to be, he’s pretty happy with how things turned out.

Martin was part of a team of three that shut down a supercomputer division of an organization. As part of that experience, he negotiated settlements for over 300 members. He notes he learned a lot about negotiating there!

Upon starting his own company, he started signing major deals quickly while experiencing rapid growth. (Their first deal was with American Express!) Of course that feels amazing, but that kind of expansion early on can also lead to all sorts of struggles as well. Martin notes that there were often logistically difficult clients and a lot of specific needs that had to be met as part of these deals. Learning to navigate those was a major deal-making feat that required ongoing strategic planning.

Now, Martin works with industrial manufacturers and supply chain strategies. He notes that he transitioned from corporate to consulting as part of having experienced downsizing in the 4 billion dollar company he was working with. As part of his services for them, he had brainstormed solutions to major problems; problems he realized that everybody was having. He put together his own business plan, based on his prowess at solving systems problems, found a partner, raised funds, and launched his first company.

Building a partnership and raising funds were two major deal experiences he had early on. Martin notes he was incredibly naive when it came to raising capital, and that ultimately it would have been difficult to choose worse partners! Because of how he structured those early deals, Martin ended up with negative net equity almost immediately. Although he was able to sell to major corporations (like Apple and HP), he found he was having to do major “explaining” when it came to his balance sheets.

Martin’s strategy was always to cash out of that business within 5-10 years. Unfortunately, with five offers on the table, his early investors wouldn’t accept any of the proposed deals. Having come out of the mainframe business, Martin knew that electronics prices were going to fall. As a result, he wanted to be able to get out of the business while it was at a peak, rather than waiting for prices to lower. Eventually, he ended up cashing out; his investors stayed in and ended up losing ground with failing internet sales.

I remember the days of the dotcom bubbles and crazy inflation as well! Martin noted that the investors passed on a 20 million dollar deal for the business, because they just *knew* the company would be worth over a hundred in another 5 years.

In my own 30+ law career, I saw clients navigate huge amounts of money, and put major deals on the table. I also remember how inflation rates were such that you could generate huge revenues but never make any profits. A client of mine was in exactly that position; even though there was a massive amount of money involved, he wasn’t taking anything home. Since then, he’s been able to create businesses that actually create more profit; on the flip side, he’ll never be able to sell them for the kinds of money that his early business went for.

Martin notes that he was seeing those same things, which is what motivated him to sell his shares and move on when he did. His original partner was able to do all right as well, and they left the investors behind to wait for those phantom larger numbers.

Although his investment partners didn’t work out, Martin notes that his early business partner was a great fit. Their skill sets and abilities complemented each other well, and they were able to work together to create success. Between them, they had a strong understanding of what they were looking for in a business.

Looking back, however, Martin also notes that they had a verbal understanding rather than a written one. Even though things ended well, that was more luck than anything. If there had been problems, it would have been really difficult to navigate them since nothing was in writing. Now, Martin would never do that again!

When Martin was getting his business started, he knew that everyone was going to be worried about working with them. After all, no one wants to be the first to work with a new company, no matter how innovative their ideas are. (Or maybe especially if their ideas are innovative!)

Their first deal was based on a combination of solid systems, great salesmanship, and strategy. Martin knew that the client wasn’t going to be able to find anyone else who could offer what they could in terms of shipping. In fact, he sent them to FedEx to ask about their options so they could hear it from them themselves! He’d have them go there first, then he’d get them at the table and present his own value proposition.

Martin notes that he had some advantages here. He deeply understood the problem, and he had an excellent value proposition. Because he understood the larger picture that the industry operated within, as well as the more specific picture of how he could shrink a particular company’s pipeline, he was well positioned to make deals.

Not many people can say that, as a competitive advantage, they actually sent people to the competition to learn exactly what their options were!

Creating repeatable processes and systems makes a major difference when it comes to selling out or making deals! Martin’s philosophy is that any company should always be ready to sell if needed, and part of that means having systems in place.

An early client had commented to Martin, “You know, when I want to sell my company, no one wants to buy it.” Why? Because he wanted to sell in a downturn. By having systems and processes in place, as well as a transition plan in the back of their minds, business owners can actually position themselves to sell when they have the most leverage. (Which is much better than having to settle for what you can get in a buyer’s market!)

This is achieved by preparing yourself personally and your business organizationally to be ready to sell. Too many owners have a vague idea that of course they’ll want to get out at some point….but when they feel ready to sell they are so enmeshed in the business that it’s not clear what would happen if they left it.

Repeatable processes, clear systems, and the understanding that you will have to leave at some point can help remediate this. Martin recommends that business owners focus on repeatable success, which comes from systems and processes!

Listen in to the full episode here to hear more insights about repeatable processes and systems. They are the force that will enable you to exit when the time comes!