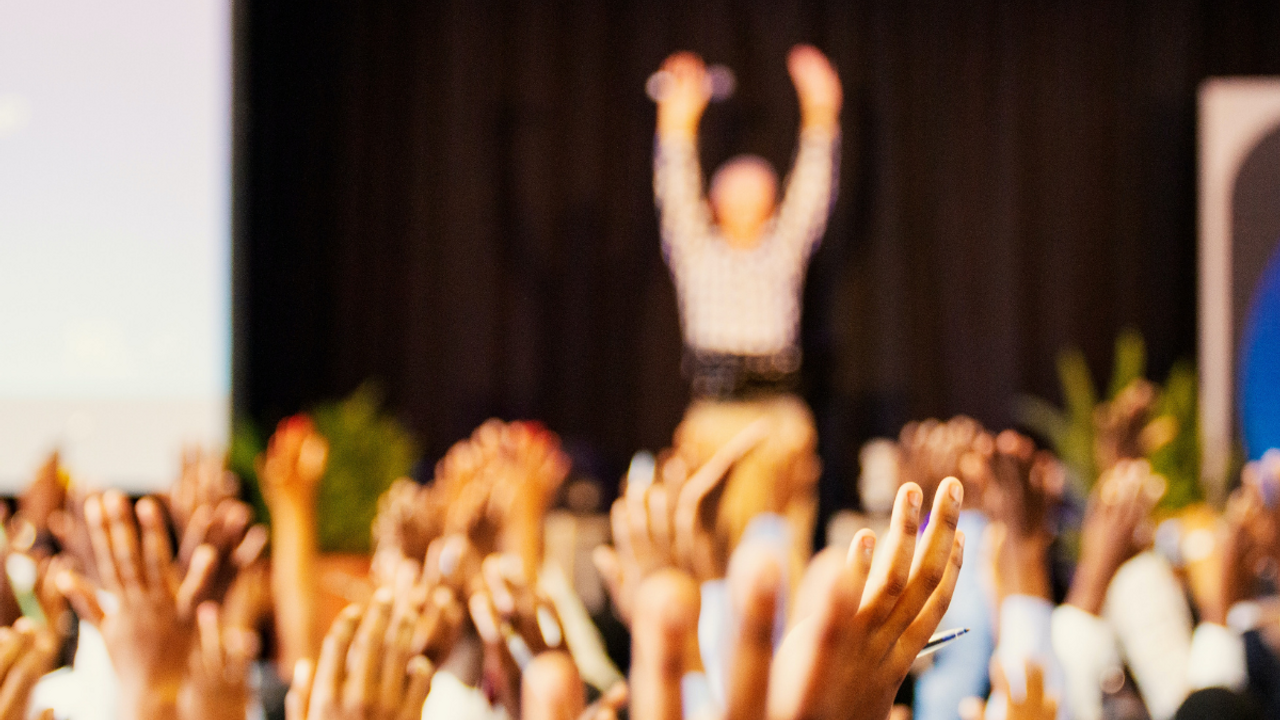 Li Hayes is a returning guest (you can listen in to her previous episode, From Concept to Oscars: Overcoming Barriers to Entry in a New Industry, right here). Li is a phenomenal entrepreneur, television host, speaker’s agent, and inventor. After two decades in the corporate world, she summoned the courage to take the entrepreneurial plunge! She started by founding Go Leeward Speaker Management. Li works with associations, masterminds, corporations and more to help them make their events wildly successful. Her invention, the Cool Me scarf, helps to discreetly relieve hot flash symptoms for women dealing with menopause. (It was featured at the Oscars After party!)

The Impact of the Pandemic

Last time I interviewed Li was early 2020 — right before everything changed with Covid. She had just had her Cool Me scarf shown off at the Oscars, and was headed into larger scale production. We also talked a bit about public speaking, as Li continues to head Leeward Speaker Management. As you can imagine, both of those elements of her work went through changes as a result of the pandemic.

Li notes that the pandemic is something that happened to everybody; all business owners can relate to unexpected challenges, shifts, and pivots that have occurred in the last year. She’s no different!

In February 2020, Li was riding a post-Oscar high. Things had gone tremendously well, and she was really excited for production to ramp up. She was booked on Good Morning Connecticut to do a live interview, and everything was falling into place. Until, suddenly, it wasn’t. A week later, the interview was canceled. A few weeks after, she got a message from Amazon: “Please be advised, your product has been deprioritized.”

What many people don’t realize is that Amazon is a conglomerate of many businesses, in terms of who you’re actually purchasing from. When Covid hit, Amazon focused in on all products that were pandemic related. This included masks, gloves, disinfectant, groceries, and more. If your product didn’t pertain, it was not a priority. For Li’s Cool Me scarf, that meant you couldn’t even find it on Amazon at all. And if you can’t find it, you obviously can’t buy it!

The traction Li had been garnering died in its tracks.

I’ve talked about this a bit over the last few months, but it’s worth mentioning again. Covid hit many businesses and industries hard. For example, restaurants and public speaking! Others, however, were able to use the pandemic as a catalyst for immense growth and success. Has terrible as it has been overall, it definitely hasn’t spelled disaster for everyone across the board.

Li’s scarf business died fast. Her speaker management agency also took a hard hit. She happened to be heavily involved in two industries that did not fare exceptionally well. However, Li notes that just because public speaking in general took a nosedive does not mean that all public speakers suffered. She shares that some of her speakers have done exceptionally well by finding ways to pivot with other strengths and abilities. For instance, one of her speakers also did website design and creation. When everything started shutting down, she pivoted into that capacity, and experienced a banner year.

Looking back now, Li sees two major waves. In Wave One, everyone hit the brakes hard. This was when the rule of thumb was just canceling any and all events, which was happening left and right. A few months into that, Wave Two came. This was mostly related to cautiously optimistic postponements. Rather than cancel a summer event, people were looking ahead and hoping to be able to hold the event in October or November instead.

Obviously, that mostly didn’t pan out! Those Wave Two postponements mostly resulted in early fall cancelations when it became clear that things were not reopened the way we had once imagined they might be.

It used to be that “real” events with high calibre speakers and large turnouts were always in-person. After the pandemic was mid-stride, there was a boom of virtual-only events to compensate.

Now, Li is seeing the rise of hybrid events, and she says they are flourishing. She loves this! In her personal life, Li notes that she genuinely loves attending events. However, there is a cap to how many she can legitimately travel to throughout the year while also balancing the rest of her work and life. With the hybrid option, she can choose to travel to some, and attend others virtually.

As this model continues to grow, Li expects to see an expansion in the events industry, as well as in those who are seeking speaker management agencies.

I remembered a Miami event I was supposed to have attended in March 2020. This was immediately after the lock-down, and the host scrambled to convert the whole thing into digital. She also let us all know that not only could we attend the virtual event, we would also get to attend a live event when the opportunity was again available.

After day one, we debriefed and she got excellent feedback. In fact, she decided to take that event (which she typically offered live 5x per year) and convert at least two of those into virtual experiences to increase access. Many people are finding that there are major pros to attending events virtually, and that they are willing to attend at least some events that way moving forward. (Obviously there are lots of reasons to love in-person events as well, and I don’t think we’ll see those going away!)

Li notes that speaker-related deals have been changing!

When things first went virtual, she had immediately recommended to her speakers that they look at price adjustments. Some refused to do so, which they based on the value of their speaking, which they argued remained the same whether they were on stage or on camera. Although Li gets that argument, she would return with the idea that you have to be able to flex according to demand and needs.

So many events needed decreased prices because they had had to significantly reduce ticket prices. An event they may have charged $500 per ticket for live was suddenly being offered virtually for $50 per ticket. With those sorts of adjustments, profit margins significantly change.

For speakers who were willing to be flexible and work with those new realities, there were bookings to be found. For those who refused, it was hard to find openings.

Li notes that she had a number of speakers who would typically charge $30,000 for on-stage appearances. When the pandemic struck and many events couldn’t work with that, they began offering $5,000 appearances virtually. They ended up with more engagements and a better bottom line than previous years, because they got a lot of opportunities.

In general, I absolutely believe in knowing your value and remaining firm with your rates. However, I know that I made different choices as a speaker last year as well. In the law firm, our rates remained consistent and we were busier than ever (deal-making, as an industry, stayed quite busy!). On the speaking front, the “hold firm” strategy wouldn’t have played out as well.

Something I write about in my negotiation book is the reality that rigidity is a major reason for deal failure. It’s one thing to own your value and stay the course….but another to fail to realize changes in circumstances that should necessitate adjustments.

Personally, I was able to do a number of talks that I deeply enjoyed, even though my rate was not what it normally is. In fact, I now have multiple groups that are excited to bring me in live when things open up again; all because they got to experience me virtually during this pandemic.

By choosing to be flexible and acknowledging the changing circumstances that were impacting the market, I was able to continue making deals that benefitted all parties. A win-win that I’m proud of.

Li noted that one major deal-making shift they went through in speaker management was brokering deals with the long-term in mind. For example, a speaker might be willing to offer a deeply discounted speaking engagement virtually now, in exchange for an opportunity to be the featured keynote speaker at the next live event when things opened back up. In this way, they were able to leverage both current and future opportunities.

There were incredible insights on this episode — it’s a must listen!